Discontinued Technology You Should Remove from Your PC Now 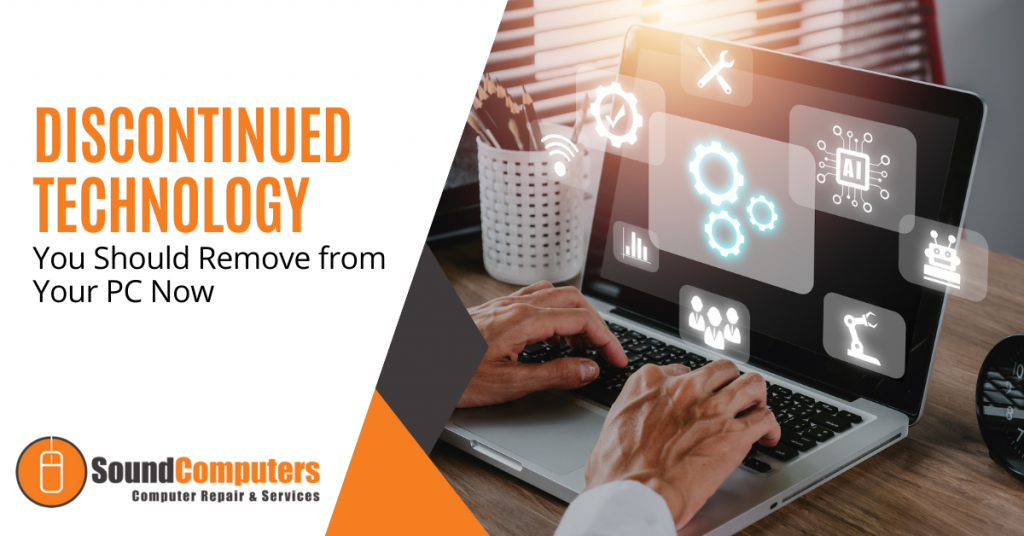 PC manufacturers such as Apple and Microsoft remove as many unneeded programs as possible from their current versions of macOS and Windows. However, certain old apps still bloat systems and should be uninstalled to eliminate clutter and prevent slowdowns.

According to AVG, every system is guaranteed to have at least one application that is irrelevant.

Removing these apps is necessary for the smooth running of your PC. These apps can be used by hackers to get your files and they cause the slow working of PCs due to the multiplication of files.

5 Popular Programs You Should Consider Removing

The following is a list of popular programs that have been discontinued and that you should uninstall from Windows 11, 10 and macOS. If you’re considering reinstalling any, this article is also for you. For tips on whether to upgrade to Windows 11, click here.

Shockwave and Adobe Flash were formerly the worldwide standards for games, films and web content.

Do they still serve any purpose? Only if you’re a fan of classic Flash games (which is the only important reason to keep it going). As animation standards have advanced, most games and films have shifted to newer GUI formats.

On Windows devices, there is no scarcity of high-quality media players. There are several apps to pick from that range from PotPlayer to VLC. QuickTime is not among them. Apple discontinued support for the Windows version of QuickTime in 2016 and QuickTime 7 on macOS in 2018. If you find a way to get the software and install it on your PC, there will be no updates or new features to look forward to.

If you’re stuck with many antivirus apps that take ages to update and scan, it is not the best app to have.

McAfee can significantly bloat your PC and is now considered detrimental to laptops and PCs. It is advised to favor Windows Defender over McAfee, especially for newer versions of Windows, as it has been confirmed to be more than capable in several tests.

And now that it has been discontinued, it should not be found on your system after all.

This is mostly a concern for Lenovo, Acer, Dell, HP and other PC and laptop makers. A new device comes loaded with all types of “crapware” named after the computer company. However, you can get most of these from the Microsoft Store which makes them unnecessary.

While eliminating all of this baggage from a new Dell, HP, Acer or Lenovo computer may appear illogical since it feels so vital to the system it came with, it is useless unless you intend to utilize any of the functions.

Microsoft Silverlight was introduced in 2007 as a universal tool for developing rich online applications similar to how Adobe Flash functions. However, if you visit the official Silverlight page, you will see that it is not compatible with Microsoft Edge. That tells us everything about how unwanted the software has become.

The software was discontinued in October 2021 and the replacement, OpenSilver, started implementation on all platforms by 2021.

Get Discontinued Apps Off Your PC Now!

You can get your apps uninstalled and replaced at Sound Computers whenever you want. We also offer other PC services you might need but might not be aware of.