In many offices, a majority of the workload is now done via mobile devices. This means that mobile OS (operating system) updates have a larger impact on work productivity than they have in the past.

In 2013, the percentage of mobile internet traffic was just 16.2%. In 2019, it skyrocketed to 53.3%. This makes mobile devices one of the most important business technology tools for a Connecticut company.

One of the most impactful updates to come out in a while just dropped for iPhone. iOS 14 represents a big advancement in ease of use and productivity.
Many of the typical struggles that smartphone users encounter are addressed in this update:

We will go through some of the most exciting updates in iOS 14 to help you work more efficiently.


Pin Your Most Important Conversations

If you have several text conversations going on, it is easy to pick up the wrong one when you are texting in a hurry. You might accidentally text your client (instead of your significant other) something like, “I’ll be home for dinner in an hour. Traffic is rough. xx”

“Mis-texting” can be embarrassing and also costs you more time because you need to apologize for the misfire and re-text the information to the person it was originally meant for. 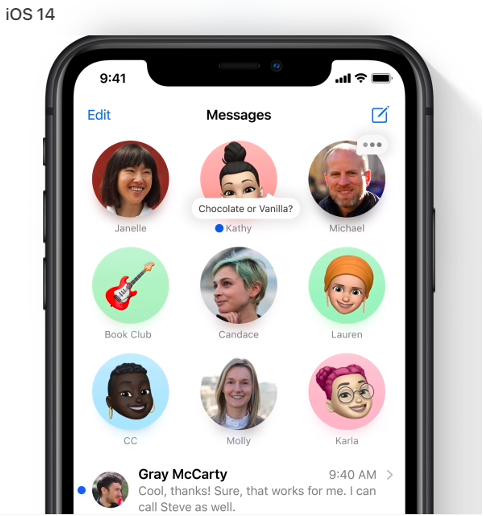 (All images are from Apple)

Pinned conversations will also sync across Messages in iOS, iPadOS and macOS.


Use Widgets on Your Home Screen

Those iPhone widgets that have been in your far-left screen for a while have received a huge update and are more powerful and helpful than ever before.

You now have more widgets to choose from and you can bring them over to your home screen. Add a widget for your calendar and you will see the next meeting coming up as soon as you pick up your phone.

You can make widgets small, medium or large and can also stack several in a window. This allows you to use less Home screen real estate while being able to access more of your widgets. 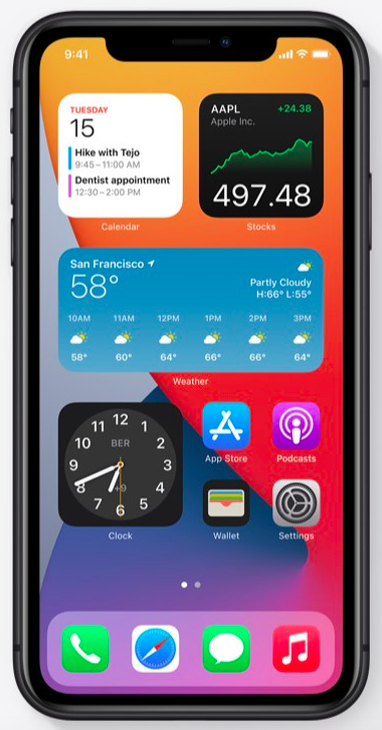 Compact Screen UI Makes Multi-tasking Easier
No more will an incoming call take up your entire phone screen. The new compact UI in iOS 14 has calls now showing up as a small banner that you can easily click to answer or decline.

Other compact UI features include:


Do More While on Video

A new Picture in Picture feature allows you to work in another app while on FaceTime or watching a video.

The video will show up in a small box overlaid on top of your screen. You can pinch to resize the video window to make it larger or smaller. You can also drag it to any corner of your screen and minimize the window if needed.

One of the most helpful features that you will find in iOS 14 is a new App Library that automatically organizes and categorizes all your apps as soon as you upgrade.
All apps can now be found in a single screen, instead of having to page through multiple screens. They are easy to see and can be opened with a single click. 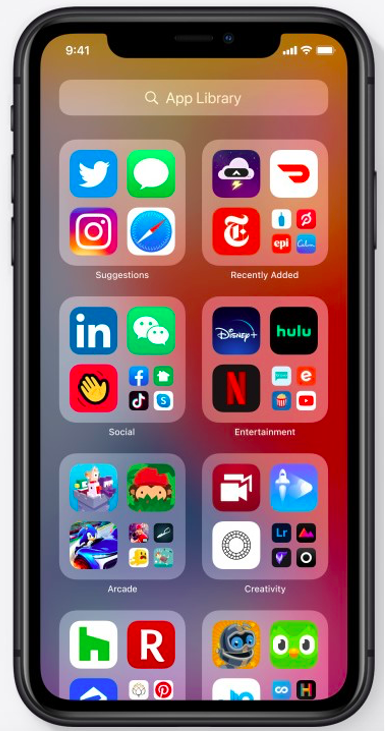 Send Audio Messages with Siri
If you are in a rush and don’t have time to type out a detailed text message, you can have Siri send an audio message by text instead. This is much more efficient and less time consuming for long messages that may include directions or detailed instructions.

To send an audio message with Siri:

If you have not used Maps much on iPhone other than to look up an address from time to time, you will want to explore the new capabilities that iOS 14 brings to this app.

Here are a few of the Maps improvements:


Get Help Optimizing Your Business Devices from Sound Computers

Most offices in Westbrook and other Connecticut towns now have a mix of computer and mobile device workflows. We can help you optimize to make your processes secure and efficient.